From an article written circa 1880.

Arlington has had at least four names. First, it was Leetown. Then it was Bull’s Head, with ‘the second word, Bull’s HEAD. After that it was briefly East Poughkeepsie, and finally became Arlington. It was Leetown for the obvious reason, because Darius Lee owned a great deal of property there.

ln the middle of the last century Darius Lee was, among other things, the proprietor of The Bull’s Head, the hotel on the north side of the present Main Street at the head of what we call Raymond Avenue. Leetown then had a growing livestock market, and a flourishing brickyard at the east end of the little community. The brickyard had been established in the 1840s by Charles Vassar and was operated by him for about a dozen years. 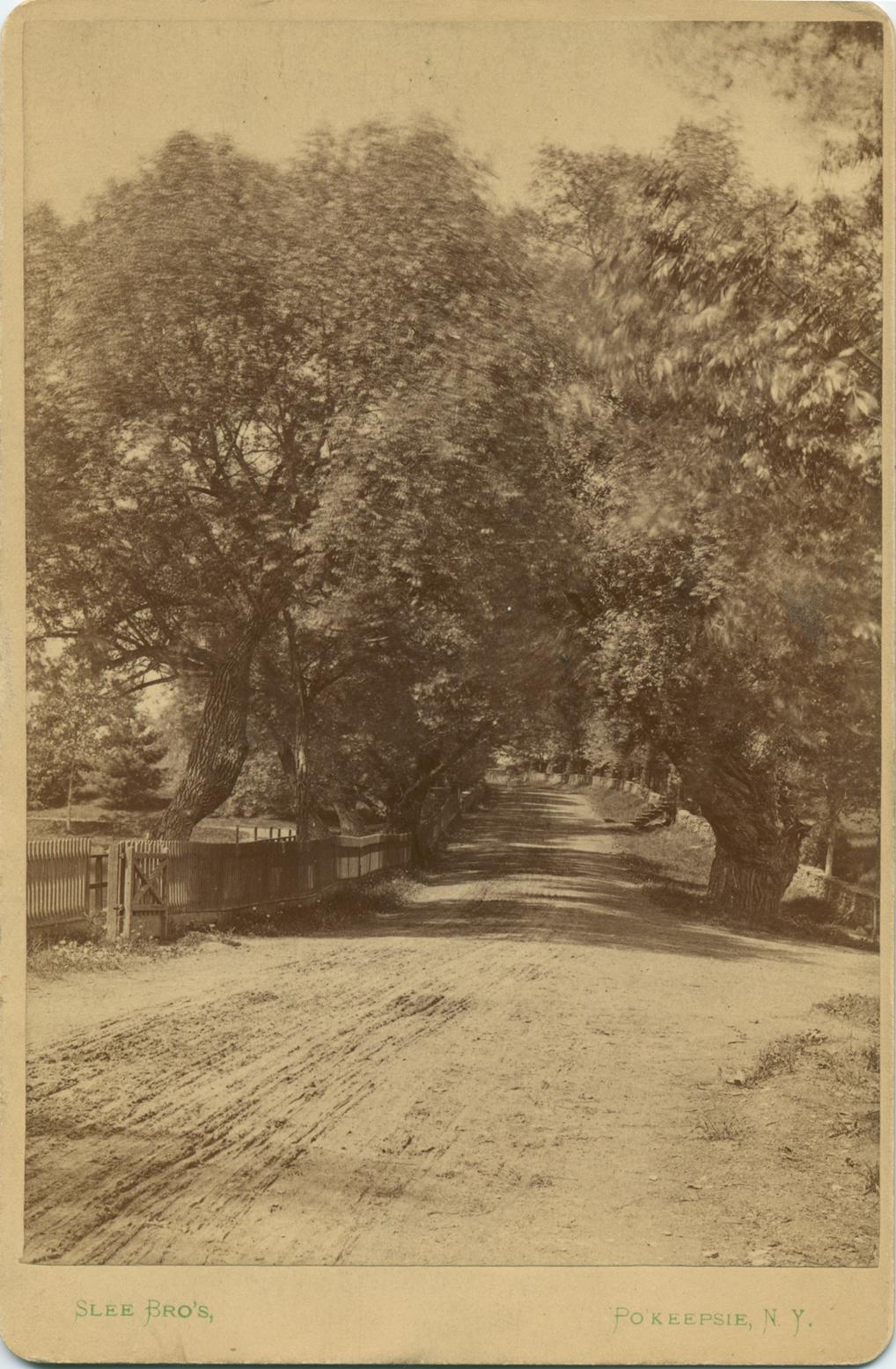 The Rest of the Story…

Flagler and Wing owned the brickyard in the 1860s. Under their management it expanded until it employed some 18 or 20 men and produced 17,000 bricks a day in the early 1880s. By that time H. R. Rose had moved his smaller brickyard nearby and was employing about a dozen men who turned out some 15,000 bricks a day.

Meanwhile, the livestock business bad expanded greatly, which meant increased hotel business. H. H. Owen had acquired The Bull’s Head, which was later Moore’s Hotel, and still later Nick Beni’s Anchor Inn, which burned July 2. In the spring of 1859. Caleb Ballard had bought a large building from the heirs of Darius Lee. This building was also in Main Street, on the uptown corner of North Grand Avenue. Caleb Ballard doubled the size of this building and opened another hotel there, where the Palm Grill is today.

Ballard owned a sizable block of land adjoining his hotel. This property was used for cattle pens. It extended from North Grand Avenue east to Chapel Hill Road between the present St. Andrew’s Episcopal Church property and that of Holy Trinity Roman Catholic Church. The Ballard property extended north to Spring Lake, the little pond which had been made by damming a small stream near the present Springside Avenue. The stream is now underground in that area.

At the height of the livestock market other pens for cattle, sheep and horses ran from Main Street, east of Raymond Avenue. over the old race track to College View Avenue, the north boundary of the Vassar College campus. Still other cattle pens were in front of the north portion of the college campus, between Fulton Avenue and College Avenue, and even south of that.That made a lot of pens but there was a lot of livestock. In that period, it has been said, it wasn’t unusual to see 10,000 sheep at Bull’s Head, and a proportionate number of cattle and horses.

Livestock auctions were conducted at the rear of the down¬town corner of Raymond Ave. and Main Street. J. B. Sisson was usually the auctioneer, and small boys loved to watch his little red beard wiggle as he conducted an auction. Buyers came from Boston, Washington, Baltimore, even South America and England.

The hamlet was Bull’s Head—Bull’s HEAD- in that period, and that was the name of the post office. Then Poughkeepsie’s new trolley company, the Poughkeepsie City Railroad, decided to build a line to Vassar College in the early 1870s. The aim seems to have been to give a boost-to me real estate boom between Cherry Street and the east city line, rather than to serve the college. And the boosters decided that Bull’s Head wasn’t a sufficiently dignified name for a growing suburb of Poughkeepsie. The destination of the new line was given as East Poughkeepsie and Vassar College.

For a decade there was an earnest effort to call Bull’s Head by the new name of East Poughkeepsie, but it never really caught on. Because residents didn’t want to be “East” anything, but preferred to have a name of their own. East Poughkeepsie became Arlington, with a post office with that name, during the period when the map of this country developed a rash of Arlingtons. All were, presumably, named for the same reason, because Arlington National Cemetery and the Arlington mansion were so much in the news.

The Arlington mansion in Virginia was built by George Washington Parke Curtis, grandson to Martha Washington. His daughter and Robert E. Lee were married there in 1831, and it later became the Lees’ home. It was there that Lee wrote his resignation from the United States Army in 1861, and it became southern military headquarters early in the Civil War.

The United States government later seized the property, and 2111 unknown dead who had fallen on the Virginia battlefields were buried on the property, which became the National Cemetery. But a grandson of Curtis contended that he was the heir to the mansion, and the United States Supreme Court eventually upheld his claim. He sold it to the government.

That raises an interesting question. Was there an additional reason for naming the local settlement Arlington? Possibly a relationship between Darius Lee and the Confederate general of Arlington, VA? Apparently not, at any rate as Darius’ son didn’t claim such a relationship in “Commemorative Biographical Record.”